BTS THE RED BULLET TOUR 2015 IN MALAYSIA OFFICIAL POSTCARDS Hi! I'm doing an interest check for the postcards which i got directly from BTS in 2015 during The Red Bullet Tour in Malaysia. 🍬Official 🍬 Condition 8/10 🍬 All members available 🍬 At the back of the postcards, there are some messages that BTS wrote specifically for Malaysian Armys. ✉️ Please PM me if you're interested to buy and tell me your budget. But I just want to tell you that it might be expensive. © I don't own the picture. I got the pic from google. I'll upload mine once i confirm to sell. The History Behind These Postcards; BTS came to Malaysia for The Red Bullet Tour concert in 2015. The concert was on 06/06/15. But few months before they came, the management company announced that BTS were going to hold a short mini fan meeting for Malaysian armys a day before the concert which is on 05/06/15. Only the ticket holders could go to the fanmeeting. Then, they announced that 200 luckiest VIP ticket holders will stand a chance to meet and greet BTS members directly on stage. I used all my lifetime luck for this and luckily, i got to be one of them 😭 BTS handed the postcard directly to me on stage. I met each member and talked to them! They were so cute back then. I mean ofc they were cuz they're getting cuter now 🤪 That was my first and might be my last BTS concert. This is the most precious memory of BTS that i have. Tags; bts kim namjoon kim seokjin min yoongi jung hoseok park jimin kim taehyung jeon jungkook rm jin suga jhope v albums photocards poster official merchandise bt21 summer package dvd phtobook cd dvd

6 days ago In K-Wave 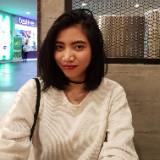 The item was in a very good condition. Thank you 💜